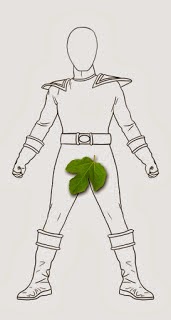 I think the final state of airport security across the globe is going to be that technology would allow for people to have zippers in the soles of their feet. Check-in would involve unzipping these, gently rolling off your skin all the way over the top of your head, and placing these – warts, moles, tattoos, lipstick, rouge, liner and all – in plastic bags for the cargo hold. The flight itself would be fairly scary walking down the aisle, but would be 100% safe.

And my cynical conviction is borne from the body-scanning experience I had at the Denver airport a couple of months back. Randomly selected (yes, nothing to do with my name, nationality, complexion, gender, height, weight, clothing, bodily hair density, colour of eyes, bushiness of eyebrows, shoe size, right-handedness, teeth orientation, length of fingernails, etc). I was explained by an officially attired Huge Grouchy Man on exactly to what extent the machine would invade my privacy. ‘But we respect your dignity, sir’, said the HGM, ‘and these images are viewed at a remote site.’ So that was comforting… the guy who was seeing under my clothes was not at the airport itself, but at a ‘remote’ site… and if this followed the general pre-Obama BPO best practices, then this was possibly happening in India – probably from the same general complex where I had my office in the middle of BPO land!

The giant also explained how parts of the images were blurred to again protect ‘my modesty’. From the look on the illustration, the images were more graphic than porn from the early days of monochrome computers. Perhaps definition of modesty had changed. HGM then passed me through the magic chamber and then got into whispery conversations with his ‘remote operator’. They (seemed to) talk a bit about how my thick cargo pants had obscured a voyeuristically gratifying clear enough look and discussed grounds to pass me through again without my pants. Then (seemed to) snigger that I looked far fatter in the images than I did otherwise, and perhaps a second iteration wouldn’t be as satisfying as hoped. I got a ‘good to go’ nod and began a new life where embarrassing pictures of me could now appear on the internet.

Here’s what I think needs to be done to make this a win-win for the scanners and the scanees. Clearly the scanner goes down to depths where no-man-has-gone-before. I’m willing to suffer the indignity of this intrusion if these guys are willing to share a report with my Physician. I would love to see a periodic update on how my slipped disk (lower back, segment L4-L5) is doing since I’ve now been doing a good amount of Yoga. While in the chamber I’m more than happy to give a bit of blood/urine/stool sample so that these folks can verify that I don’t have explosives pumped in my blood stream, or stuffed in my bladder, and can also do a quick check on my haemoglobin, WBC, and platelet count. And if someone with low haemoglobin has a weapon strapped to his back and is disbarred from travelling, he can still rummage through the liquid bottles’ disposal bin to see if anyone has tossed in a tonic for the Hg treatment! Like I said… win-win!!

Back in BPO land: This twenty-something youngster in my common lift lobby kept staring at me top-to-bottom. Finally he leant across and whispered… ‘I normally keep very professional about my job mate, but that mole on your left inner thigh didn’t look good. Get it checked’.
Posted by Mukul at 10:40 AM

Mukul
This Blog is set to serve no real purpose. I guess it was just time.