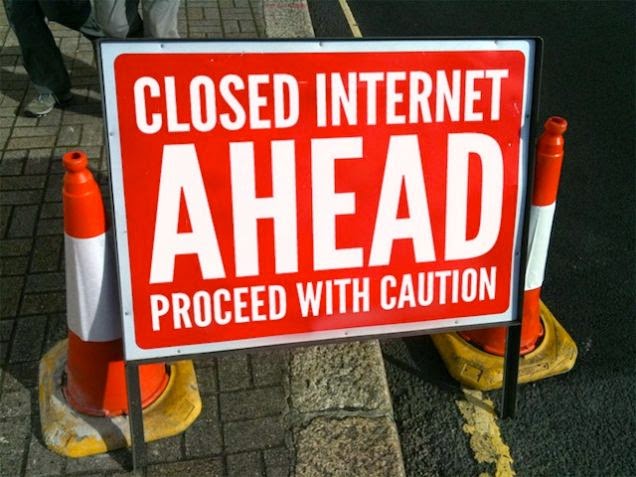 The magic word that attracts unchallenged support across all possible segments of society in each and every culture. Everybody loves freedom and just mouthing support for freedom of any nature vociferously has won people Ms. Universe contests (when complemented with appropriately inadequate dresses!). Freedom from politics, from racism, from pollution, from gender inequality, from child labor, and now, from regulated internet access. Whatever!

Perhaps crime has abated a bit or there is nothing controversial happening politically; whatever be the reason, there seems to be a lot of noise around net neutrality in India. People are crying themselves hoarse on how the Internet has to remain ‘free’ and - secretly - horribly concerned that illegal torrent downloads may be impacted if the malicious corporate giants have their way.
I have little to offer on the topic given that one can Google out any perspective one wants to hear right now. However while the topic is still fresh and alive, here is my wish list of things I think need to be candidates for neutrality as well:


Okay I’ve changed my mind… here’s my take on Net Neutrality – only so that this also pops up on Google when you’re looking for perspectives.

Just give people the choice. It’s really as simple as that and it’s been done a million times earlier so am not sure what the hullabaloo is all about. There is free voice calling available on volunteering to hear advertising clips. There are internet freebies available if one completes random surveys or subscribes to mailers. It’s ALL over the place and has been for a long time. Just ask people:


Admittedly there are people who are currently totally internet-less and could benefit from someone funding their access. And there are those who can afford freedom and should be allowed to purchase it. Freedom has a price tag!

Ask the folks in China.

Mukul
This Blog is set to serve no real purpose. I guess it was just time.